While there have been many men and women who have switched their clothing over to that of the western world there are still men and women who wear the traditional dress. As Tunisians they are proud of their dress and are not afraid to keep wearing it.

When you go to Tunis you will notice that the traditional clothes are a part of the national heritage and the national identity. Most of the time instead of seeing the traditional Tunisian dress on the street you will see them at events such as religious events, circumcision ceremonies and also weddings.

When it comes to the old quarters of Tunis and go to a wedding you will look around and notice there is quite a large group of the men and the women who are wearing traditional garb. 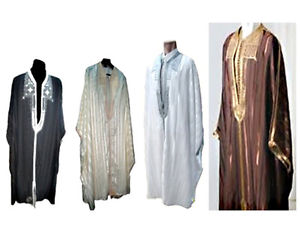 The most popular male costume is the Jebba. It is still worn by some men. The Jebba is made of silk and wool. It covers almost the whole body as the only parts that will be showing are the forearms and the calves. The Jebba can be worn with a Farmla which is a vest. Sometimes you will see a Sadra or Badia as well. The outfit is finished off with a jacket that is called a Montane and some baggy trousers or Sirouel. A silk sash is used as a sort of belt right at the waist. There are many different colors when it comes to the Jebba and t is considered a ceremonial garment. You will also see the traditional round felt hat called the Chechia. 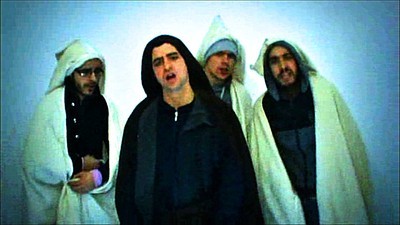 A Barnous may cover the Jebba. It is a well-known garment and has been sported by the Tunisian President in his public life. Elderly men are often caught wearing this garb as well. This is most common in the winter seasons. The Barnous is long hooded woolen coat much like a poncho but it has no sleeves. It is the crowning piece of the Jebba to give the wearer special prestige.

The Blouza and Fouta are two pieces of the same outfit. The Fouta is a dress made of cotton and silk. Women wrap this from their waist to their ankles. The Blouza is the bustier of the outfit. If you go to a wedding you will see the bride in a Kesswa Tounsia that is lined with crystal beads and rhinestones. This two piece outfit is made up of trousers and a bustier. This outfit was inspired by traditional wedding dresses of the past. 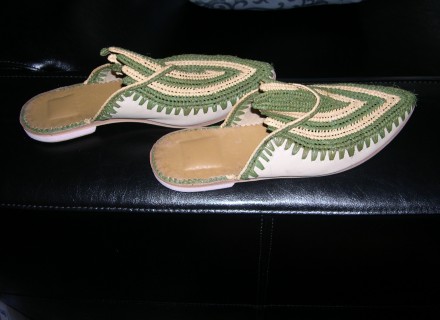 The Kontra and the Balgha are the traditional shoes that are loved by Tunisians but tourists love them as well. The closed leather shoes are often pointed or rounded at the end. The Balgha or the Kontra can be worn by men or women but most of the time you will find men wearing them. The Kontra is a beautiful shoe that is light sometimes all organic and should be worn with the Jebba or the Gulf-syle Siroual. 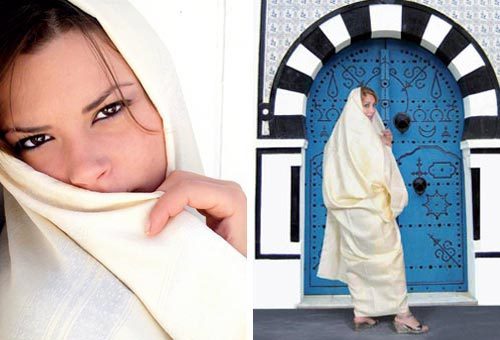 The Sefsari is a large scarf that is made from yellow or white silk. It covers the entire body of the Tunisian woman. The Sefsari is still worn in some out of town areas by the older women but most young women do not wear it. If you go to the Tunis Medina and the souks you will see some of the women wearing the Sefsari. Most of the women do not cover their faces anymore. They just wrap that part around their head so they are more comfortable.

If you really want to see an amazing sight then you want to go to a wedding in Tunisia. You will not get much notice when it comes to the actual invitation as it will only come about a week before the event. Don’t worry, everyone will have been asking you if you were coming months before the formal invites actually came out. 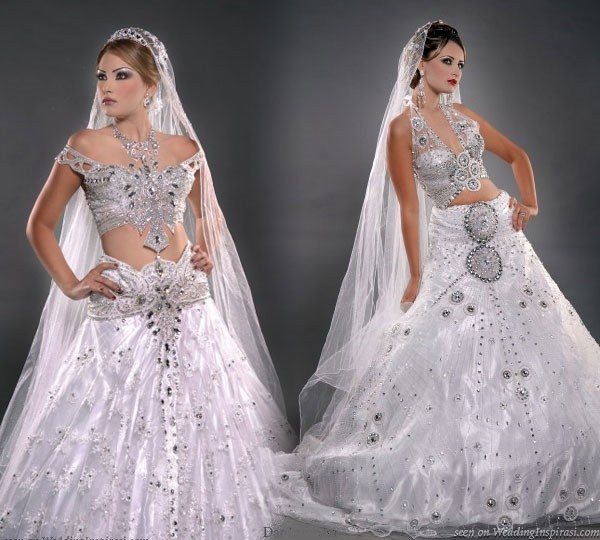 The groom may wear a suit like in a Western wedding or they could be wearing the traditional jebba gown. If they are it will be beautifully embroidered. The bride on the other hand will most likely be adorned in an amazing white gown with jewels and a tiara will be atop her head. What will be worn at the wedding greatly depends whether the bride and groom are from the north or from the south. Those in the south are a little bit more traditional than those in the north. 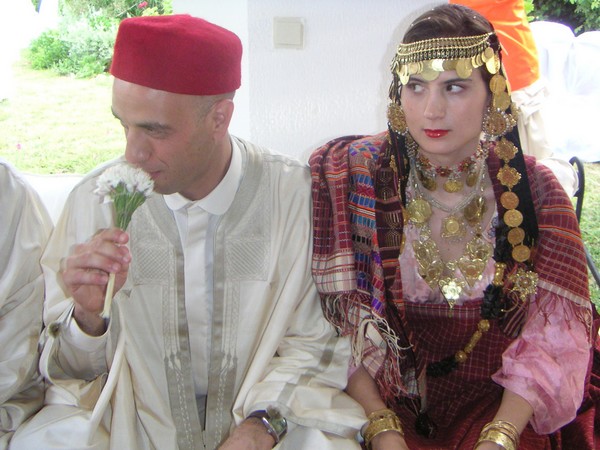 The beautiful garments of Tunisia can make anyone feel as if they are in a fairytale and allow you to greatly enjoy the beauty of the rich culture. Whether you are a native or an onlooker you will appreciate the how much work goes into each of the outfits here in Tunisia. It is true craftsmanship.